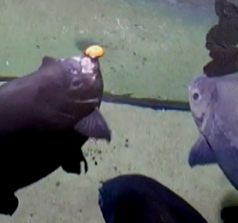 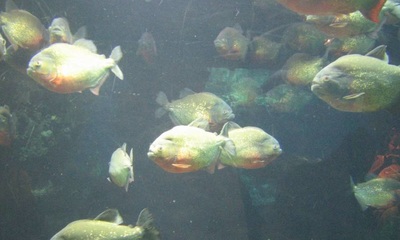 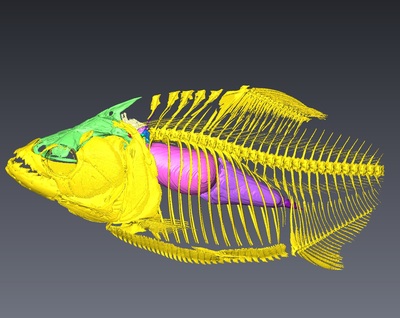 Otophysans are a major lineage of ray-finned fish diversity that includes nearly 8,000 species and over 40% of extant fish species. The ﻿Weberian apparatus﻿ is a morphological novelty and synapomorphy of otophysans that consists of a chain of ossicles derived from elements of the first three vertebrae that are connected by interossicular ligaments and link the swim bladder to a medial opening of the inner ear. The Weberian apparatus transduces sound pressure from the swim bladder to the inner ear and thus increases the auditory bandwidth and hearing senstivity relative to non-otophysan fishes. This feature may have contributed to the evolutionary radiation of otophysans. The adaptive function of acute hearing for otophysan fishes, however, is not understood. Further, morphological variation of the Weberian apparatus exists among otophysan species, but how these different morphologies affect hearing sensitivity remains uncertain.

It is hypothesized that sensitive hearing may facilitate prey location and detection of other auditory cues associated with feeding ecology. This research examines this hypothesis within the South American otophysan family Serrasalmidae: piranhas and pacus. The Serrasalmidae (approx. 60 species) is an ecologically diverse family that includes species that eat small fishes, scales off other fishes, small invertebrates, and falling fruits. The aim of this project is to determine how Weberian apparatus morphology is associated with feeding ecology, phylogenetic history, and hearing sensitivity among serrasalmid fishes.

This project uses morphological data derived from biodiversity collections at the Muséum National de Histoire Nationelle and computerized tomography to make quantitative comparisons among species. 3D geometric morphometrics has been used to examine shape variation among species. In addition, experiments were conducted to determine the response of serrasalmid fishes to different acoustic cues associated with their feeding ecologies. This project was supported by an FP-7 Marie Skłodowska-Curie Intra-European Fellowship (Project #650239 EvoMorphASIS).

Technical Support for the Project